And, as long as you build great apps, nobody really cares if you actually are a dog.

In July 1993 cartoonist Peter Steiner sat at his desk, trying to think of a clever caption for one of many cartoons he created for the New Yorker. The cartoon had no defined, intended meaning. It just looked silly, and it was silly. With two dogs - one on the floor, looking up at the other sitting on a chair, typing on a desktop computer - it couldn’t have ever been anything other than silly.

In Peter’s own words “I did the drawing of these dogs at the computer like one of those make-up-a-caption contests. There wasn’t any profound tapping into the zeitgeist. I guess, though, when you tap into the zeitgeist you don’t necessarily know you’re doing it.” 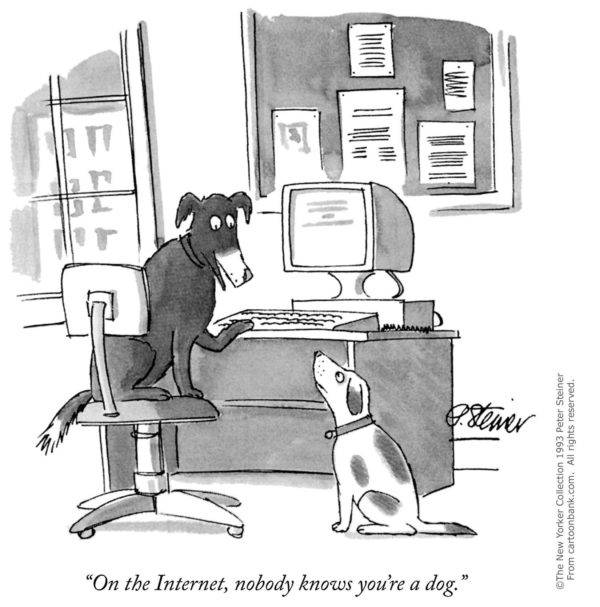 “On the Internet, nobody knows you’re a dog” turned out to be the most reprinted cartoon ever published by the New Yorker, earning them and Peter Steiner hundreds of thousands of dollars in licencing fees. $200 of that came from Bill Gates, to include it in his 1995 book “The Road Ahead.”

Eventually, inevitably, the cartoon was anointed with meaning. Or, as it turns out, meanings.

Most of those meanings came from people who considered the internet an anonymous place, rife with scammers, trolls and catfish. The 1990’s internet was populated mostly by people who created accounts and communicated through usernames and aliases, not real names. This was long before Facebook changed all that with their “real name” policy. Anonymity was a bad thing, and the internet was lambasted for encouraging it. Oh, how the tables have turned.

Yet, others had a very different interpretation of the cartoon. Optimists saw the cartoon as a metaphor for the democratization of the internet, and of the tools to access and use it. 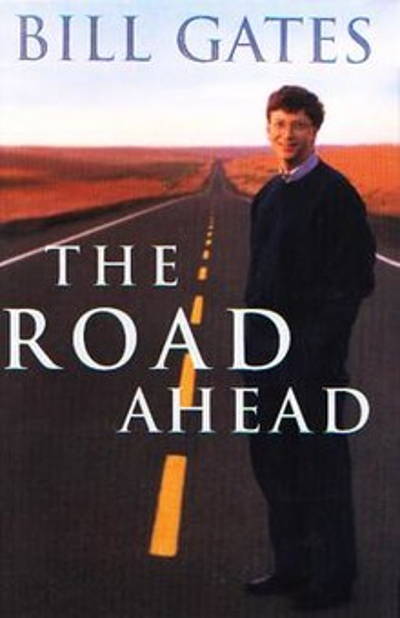 Remember that Bill Gates book I mentioned earlier? The Road Ahead? When Bill wrote it, he got pretty excited about the prospect of a democratized internet. In his own words:

“The information highway will extend the electronic marketplace and make it the ultimate go-between, the universal middleman. Often the only humans involved in a transaction will be the actual buyer and seller. All the goods for sale in the world will be available for you to examine, compare, and, often, customize. It will be a shopper’s heaven.”

No wonder Bill was willing to cough up $200 to use a fun, dog friendly cartoon from the New Yorker for his new book. There could be no better way to bring his future internet heaven to life.

Before the 1990s, the internet was the exclusive domain of academics, government engineers, or people who worked for NASA, CERN, and other acronyms. A small, elite club.

Internet-savvy dogs were a metaphor for the other 5.5 billion humans on earth at the time. Extend the power of the internet to them. Let them be who they want to be, learn what they want to learn, and create what they want to create. Today, 4.4 billion of the 7.7 billion people living on our planet have access to the internet. The power is in our hands, for better or worse.

These days, the metaphor still applies, but the dogs are different.

In our Software-as-a-Service world, some platform “marketplaces” still feel like the pre-1990s internet. Many “ecosystems” in our world are still the preserve of the wealthy or well-funded. Some are populated solely by IPO’d or heavily venture funded companies, selling software to equally wealthy peers for a starting price of hundreds of thousands of dollars a year. If de-democratization is a word, these “platforms” are a perfect descriptor.

Even worse, in these “marketplaces” there are no dogs. Instead, they’re small, elite clubs.

However, things are changing - fast. Platforms like Atlassian and Shopify have removed barriers from and between those that need software, and those that need to integrate or build on it. Freemium models, transparent pricing, and free, easy to use tools for developers are disrupting the world of SaaS, accelerating the consumerization of the enterprise in the process.

With over 3,000 apps available to customers through each, Atlassian and Shopify’s app marketplaces are the epitome of democratization in action. A diverse choice of apps, available to anyone, anywhere, and at a low cost - or no cost at all.

Their creators are increasingly diverse. A vast amount of apps in both marketplaces were built by bootstrapped or self-funded developers. These developers are the dogs of SaaS. With reviews and ratings built-in to these marketplaces, customers decide which dogs win or lose. The power is in their hands. 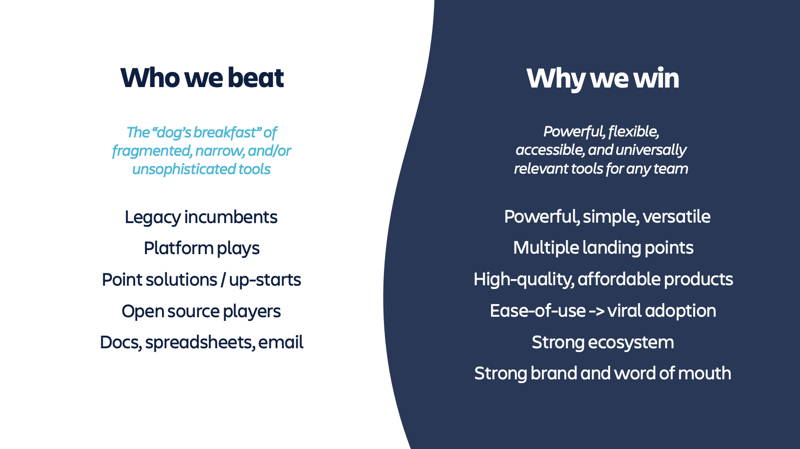 In Atlassian’s view, a strong ecosystem is “Why we win.”

Enabling and aggregating these apps is a good business, too. One of my favourite slides from Atlassian’s 2019 Investor Session calls out “Strong Ecosystem” as a reason Atlassian “win.” Another slide mentions “revenue from the Atlassian Marketplace is growing, and a majority of this revenue is recurring.” Atlassian’s App Marketplace hit an annualised run-rate of over $100m in 2017. Shopify hit the same run-rate in 2018. Democratization can quickly become a very profitable business model.

Of course, everyone at HubSpot has been busy removing barriers, too. Our freemium-flywheel motions are going well. We continue to create value before we extract it, with over 400,000 weekly active users of our free CRM, and almost 65,000 customers paying us each month.

In the new App Marketplace, we’re also welcoming more dogs than ever.

The addition of customer facing signals like active install counts, and a push for transparency around pricing have levelled the playing field for all types of app developers. OrgChartHub, for example, has accumulated more than 1,000 active installs, despite being bootstrapped into existence by its two co-founders. In fact, one of them recently left his full time job exclusively build apps for HubSpot customers. Their apps are equally as visible and popular in the App Marketplace as other apps built with tens or hundreds of millions of dollars of venture funding.

Take a moment to visit the “New apps” collection on the App Marketplace, and you’ll find a list of 24 apps, free or reasonably priced, many of them created by developers you’ve never heard of before. A significant number were bootstrapped or self-funded. Some were created solely to serve the needs of HubSpot customers. In other words, they might not exist if HubSpot did not exist.

They definitely wouldn’t exist if we had excluded the dogs that created them from our territory.

True App Marketplaces act as centres of gravity for new, open app economies that embrace diversity, reward transparency, and provide equal opportunities for creators to connect and transact with consumers based on merit - whether or not they’re well known, or well funded. All dogs are treated equally.

After all, on the true App Marketplaces, nobody knows you’re a dog.

And, as long as you build great apps that customers love, nobody really cares if you actually are a dog.

I'll send you an occasional email newsletter with updates and new blog posts.